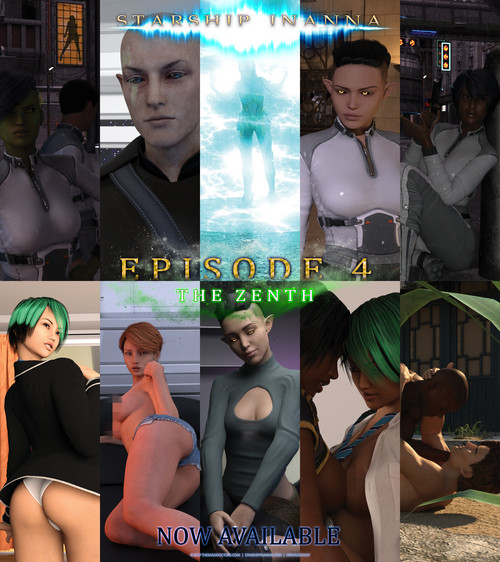 Pieces fall into place as the Commander and the crew of the Inanna are sent on a rescue mission inside Hegemony territory in order to rescue a rogue Vilar before they are executed.

v4.1-
~Public Release
~New main menu
~Game Update moved to Preferences Menu
~Scene Gallery reorganized
~Replaced all text buttons in the Scene Gallery
~Fixed old Jump Gate images in Episode 1 (and corrected some text)
~Fixed
Family variable from Episode 1 causing a Crash in episode 2 under
certain conditions (sadly can't fix errors in Episode 2 without
replaying 1)
~Family/Parents discussion/variables in Episode 2
Completely rewritten in prep for Episode 5 (no need to go back for this,
we're going to have a save creator before Episode 5)